How Much Is Too Much?

Healthcare, education and all consumer-related investment sectors are by far the most popular investment sectors in the MENA region nowadays. This applies to both the private equity and public equity investors. And the (surprising?) success of the Marka IPO is only one of many signs of this investment frenzy. First, let’s discuss why these sectors are so popular. Then we can try to judge whether it is still time to invest or if the investment appetite has driven valuations up and increased competition to the point where the investment thesis no longer holds. Why are consumer related investment sectors so popular across the Middle East? There is a set of positive reasons (the pull), as well as a set of negative reasons (the push).

Here are the top three reasons why investors love to invest in the consumer related sectors in the MENA region:

MENA’s population offers a number of characteristics that are very supportive for economic growth in general, and for the consumer sector in particular. The percentage of young people in the region’s population is extremely high relative to the rest of the world. According to the World Bank, the percentage of the population aged between 0 and 14 years old is around 30% in both Egypt and Saudi, the two most populous countries in the region, and, unsurprisingly, most popular investment destinations for consumer related sectors. Compare this to 19% in the USA and 13% in Germany. The populations are growing at rates above global averages. While Saudi Arabia is growing at 1.9% and Egypt at 1.6%, The United States is only showing 0.7% and Germany a mere 0.3%.

Despite the fall in oil prices, government spending remains high in the region and is focused on supporting the consumer and infrastructure sectors. Education and healthcare have been in particular highlighted in the budgets of various countries including saudi Arabia. This spending is both natural given the young and growing populations and also politically motivated in the wake of the Arab Spring episodes. And for those concerned about the recent oil-price fall related cuts, the SWF reserves, tax and debt raising capabilities of most of the sovereigns, offer ample backup for supporting further spending for many years to come.

Potentially, more impactful that the quantitative evolution of the regional population is its qualitative change. The following are key socioeconomic facts that are key for investors in the regional consumer sector:

High levels of urban population drive certain consumption patterns such as packaged and frozen food, eating out and the use of health and fitness facilities. Not surprisingly, the levels of urbanization of desert-dominated countries such as the UAE and Saudi are at 85% and 83% respectively, just above the United States, which is at 81%. on the other hand of the develop- ment spectrum, Egypt’s urban population stands at 43%, according to the World Bank. This represents a potential huge reservoir of additional consumers. Compare this for example to other emerging market giants such as Turkey (73%) or even Indonesia (53%).

b. Increased Number Of Single Households

This is directly linked to urbanization and ties into the same consumption patterns (packaged food and dining out).

c. Rise In Female Participation In The Labor Market

More women in the workforce means more disposable income for households as well as more demand for packaged food and restaurants. The ratio of female to male labor force participation rate is 32% in Egypt, 26% in Saudi Arabia (up from 24% in 1999), and 51% in the UAE. Without comparing this to the 82% observed in the USA, even a continuation of current growth levels, particularly in Saudi, should be a supportive factor.

While this is a global phenomenon, with much debated implications on health and diets, it has been a major driver of consumption patterns. Burgers are a well-documented subject, but consider the following statistics on the consumption of coffee. According to the International Coffee Organization, the world consumption of coffee grew at a CAGR of 2.3% from 2011 to 2014. In the same period, it grew at 8.6% in KSA and a whopping 121% in Egypt!

With the “Western” food consumption patterns quickly comes a renewed focus on health and fitness. This includes an appetite for healthy foods and diets, but also a higher propensity for going to the gym, the spa, etc.

There are also “negative” reasons for investors to focus on the consumer sectors.

There are growing pools of cash dedicated to investing in the regional companies. However, investors are relatively conservative and are generally looking for defensive sectors. The consumer sector, including healthcare and education, is much less cyclical than other sectors, such as real estate and financial services, which still make up very large parts of the market capitalizations of regional stock markets.

With this strong push and pull, it is easy to understand the enthusiasm for these sectors. Here is an illustration of this point, this time focusing on the food production sector: the Gulf Organization for Industrial consulting announced investments in the GCC food industries grew at a CAGR of 14.8% during 2010-14. The number of factories grew to 1,965 at CAGR of 5.2%, while labor force rose to 238,825 workers at CAGR of 10.6%. the sector represents c. 12.1% of total manufacturing, 6.2% of its investments and 15.6% of its labor.

Are these sectors still offering attractive investment opportunities or have some of them entered a “bubble” stage? The answer is not straightforward.

Every evidence we observe points to still insufficient supply of quality education across key parts of the GCC. On the other hand, while we have a multitude of investors on the lookout for education investment opportunities, we very rarely see any offer of such investments, at least not in a mature and investment-ready format.

Healthcare has a multitude of sub-sectors such as hospitals, clinics, equipment, pharmaceuticals etc. The same dynamic seems to apply in the hospital and clinic sectors as in education where we see much more buyers than any willing sellers. On the pharma and medical equipment front, the picture is more fluid as this is more of a trading market, with most pharmaceutical products being imported, while the emerging regional pharma industry is also geared towards the export market. 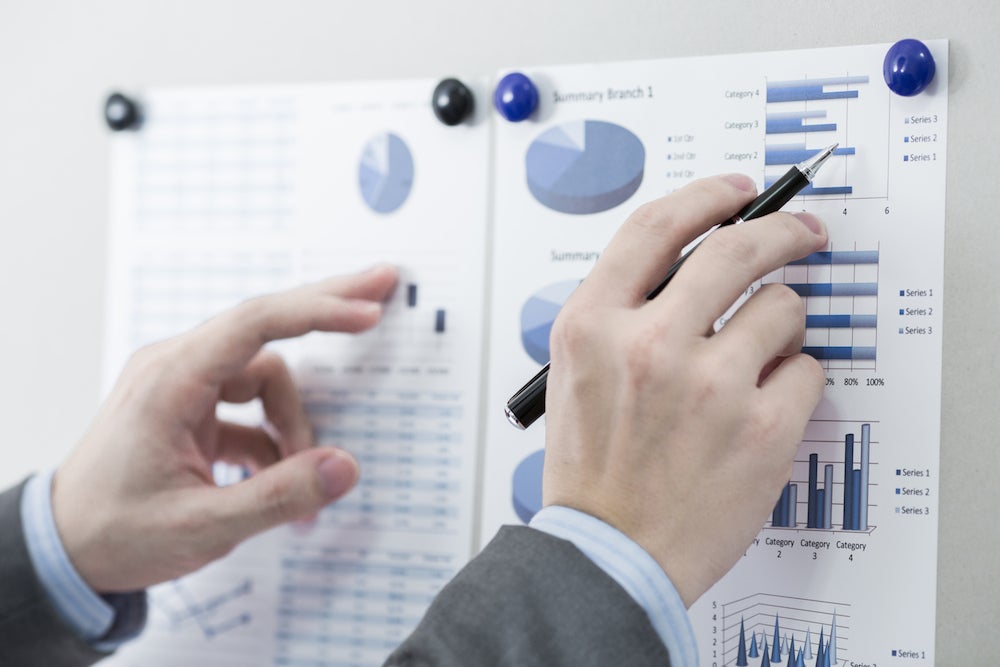 (Note: This covers a very broad range of sub-sectors)

As far as the food manufacturing and distribution value chain is concerned, there seems to be an ongoing demand to replace imports with locally produced quality products. With higher quality standards being imposed by governments such as UAE and KSA, we expect this sector to continue growing in a healthy manner. Again, we see slightly more buyers than sellers in this sector. In my mind, it’s the restaurant sector that is the most cause for concern. Up to probably two years ago, the investment oversupply concern was focused on the very high-end of the market, also known as fine dining. This sub-segment is characterized by iconic brand names, generally imported from the West and a heavy dependence on bar sales. This creates two major issues from an investment perspective; the “iconic” nature of the brand means that each concept can be rolled out only once per city (unless you are london and can support two nobus for example). Think of all the DIFC supper club destinations as survivors and the countless others which have come and gone or about to go. With only a handful of cities in the entire MENA region capable of supporting such brands, the upside and scale potential of any of these concepts is extremely limited from an investor’s perspective.

The dependence on bar sales creates in turn two hurdles for investment:
I. Licenses are only available in limited locations and in limited cities. Even then they are very “risky” as they can be pulled for a variety of reasons and with very little notice.

II. A limited investors universe willing to back concepts that rely on bar sales due to the popularity of Sharia-compliant investing in the region.

Add to this that the attraction of these types of brands is strong for certain nonfinancial minded investors. they often end up overpaying for them (for nonfinancial reasons), resulting in an investment landscape that is at the same time quite expensive and has paradoxically more sellers than buyers.

Having realized the challenges of investing in fine dining, F&B investors woke up to the potential of investment in the “casual dining” sector. This low to mid-range sector includes everything from “fast food” chains up to the higher end family restaurants. The success of the sales of stakes in shakespeare to NBK capital, Kudu (a Saudi fast food chain) to Abraaj and TPG or Bateel to L-Capital Asia are demonstrations of the ongoing appetite of private equity firms for this subsec- tor. the question is whether these are good investments or not. Of course only the test of time will tell but market talk seems to indicate that the valuation on Kudu for example was very “frothy,” to say the least.

More concerning is some of the action we are seeing at the smaller deal-size end of the market. one can no longer count the number of burger, cupcake and other junk food chains opening or looking to open in the region. We are definitely sensing a glut on this front from the investor side, while the number of chains looking to enter the market (tempted by the above-mentioned success stories) is ever-increasing. this phenomenon of early movers making a successful investment and exit, followed by a gold-rush of a myriad of copycats is typical of a bubble and worth mentioning.

One consumer sector where we see a mixed picture is the health and fitness segment. some early attempts at creating high-end gyms have not been successful. More recently, there has been mixed reports about some gym closures, while other outlets report full occupancy and are raising their prices.

Buyer beware applies as always. While the consumer driven sectors offer great macroeconomic fundamentals, no investment should be made blindly. A good macroeconomic foundation is only the start of a good investment thesis; the next steps include a careful study of the exact sub-segment and geography where the business operates, and a detailed analysis of the business plan and the valuation being offered. Indeed, valuation is often the key, as a good valuation can mitigate the risks of an investment, while overpaying for an investment can all but erase the value that the investor is hoping to create.